Warid Telecom is one of the most famous cellular and network providing companies operating in Pakistan. In the recent past, Jazz and Warid merged into each other and they celebrated 50 million customers under their belt in a merger ceremony in Islamabad. After the Jazz Warid merger, Warid Telecom is now known as Pakistan Mobile Communications Limited (PMCL), which operates in Pakistan as a commercial unit of Vimpel.Com Group. PMCL is now considered as Pakistan’s largest Telecom Organization. Warid is still serving its customers with all cellular facilities like before and it also includes Warid Internet Packages 3G/4G.

PMCL will now be serving more than 51 million users and their communicative needs will be handled through advanced and exceptional offers. The thing to know about Pakistan Mobile Communications Limited (PMCL) Internet Services is that the 51 million existing users are being provided with excellent and never disappointing internet speed as it has 10 MHz 3G/4G Spectrum and it never goes low.

Internet Services and Offers/Packages by PMCL/Warid has upgraded to 3G and 4G/LTE to facilitate the users with the fastest internet speed. 3G/4G Internet Packages by Warid are extremely liked and preferred by users all across the country because of its fast, reliable and great internet quality. Warid is providing its Internet and other cellular services and packages truthfully as committed to their users.

Warid is trying their level best to make possible the slogan: “availability of Internet packages for all its users”. As not all the customers have the same demand and need for Mobile Data amount and Validity. This page covers all of the available 3G/4G Internet Packages for Warid prepaid users that are of Hourly, 3 Day, Weekly and Monthly Based Packages.

The users can easily choose the required bundle just according to the need, budget, validity and mobile data volume; Charges to acquire any package can never be neglected of course. No matter your need is Daily, 3 Day, Weekly or monthly just move to the related category and we have listed down all the Warid Internet Packages.  Categories for Internet Packages available for prepaid customers are elaborated below:

Warid Daily Internet Packages are for those Warid prepaid users who do not need a big volume of Internet or we can say that they have a time-to-time need for internet access. However, this category comprises three Internet packages or we can put it like Warid is offering three daily Internet packages and their details along with all necessary information are discussed below;

Warid is offering an hourly extreme package which comprises of 2000 MBs in just Rs. 20 inclusive of tax. However, this post can be availed from1  AM to 6 PM.

This internet package provides its users with 50 MBs in just Rs. 12. which is inclusive of tax.

This internet package being offered by Warid provides its subscribers with 100 MBs in just Rs. 25 which is inclusive of tax so there are no hidden charges.

This 3-Day Extreme Internet Package offers 500 MBs in just Rs. 180 which is inclusive of tax. Other subscription details are written below;

Warid is also providing weekly internet bundles to its users. This package gives 300MBs in just Rs. 55 which is inclusive of tax.

Warid is providing more data in this packages for the users who are in need for more internet access. In this package, 700 MBs are being provided in Rs. 80 which is inclusive of tax.

This weekly premium package is comprised of 1500 MBs for the course of a week and its available for users in Rs. 110 which is inclusive of tax.

As the name suggests, this package provides its users with an immense amount of MBs. They are providing 3000 MB in Rs. 160 which is again inclusive of tax.

This package is best for anyone who wants access to more internet but is short on budget. They are providing 2500 MBs in Rs. 70 which is all inclusive of tax.

This package offers its users with 2000 MBs in just Rs. 160 for the span of a whole month. All other subscription details are given below;

For a whole month, 4000 MBs are being offered at the most affordable rate of Rs. 300 which is all inclusive of tax.

This package is a perfect match for the users who want access to more internet for a whole month, In this package, 7000 MBs are being offered in Rs. 500 which are all inclusive of tax.

In this supreme internet package, 2000 MBs are being offered at the affordable rate of Rs. 160 inclusive of tax.

Warid has a huge base of more than 51 million users and obviously, all of them are not prepaid customers. So in order to facilitate their postpaid customers, Warid is providing Internet packages to them as well. Here we go with the available Internet Packages for Post-pay Users; unlike prepaid users, this section only facilitates their users with monthly offers as per company rules and regulations. Let’s have a look at Warid Post-pay 3G/4G Internet Packages.

Below is the complete detail of these Warid Post-pay 3G/4G Internet Packages along with all the necessary information.

Warid takes care of their postpaid customers exactly as they facilitate their prepaid users. In this package, 2 GB of the internet is provided at the rate of Rs. 250 excluded of tax.

In this package, 5 GB of the internet is offered at the rate of Rs. 500 excluded of tax.

In this package, 8 GB of the internet is offered at the rate of Rs. 800 excluded of tax.

In this package, 12 GB internet is being offered at the rate of Rs. 1200 excluded pf tax.

In this package, 25 GB internet is being offered at the rate of Rs. 2000 excluded of tax.

Other than these Warid Postpaid 3G/4G Internet Packages, Warid is offering Internet Add-Ons to make sure that their postpaid users feel no less and to make sure that they are being facilitated well. These add-ons can help the users if they feel like the subscribed Data Bundle isn’t enough for their need and requirements. If your data bundle MBs is over, you can subscribe to any suitable add-on that will expire with your bill date. All the data add-ons you can avail are as described as;

The only term and condition that is applicable on Warid Internet Add-On is described as below;

You May Also Check Other Network Calls And Internet Packages: 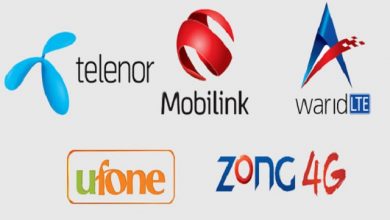 All In One Important SSD Codes For Jazz,Telenor,Ufone,Zong,Warid 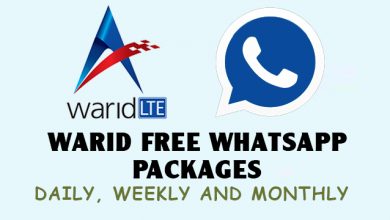